The NBA playoffs are underway. The best basketball players in the world are chasing a berth in the NBA Finals and the chance to be crowned a champion. The NBA betting odds are favoring the Brooklyn Nets to be the eventual winners when all is said and done.

In fact, it isn’t just the Nets who are going all-in on a vegan diet. Many NBA stars, including some of the key players on contending teams in this year’s postseason, are vegans and they are happy to spread the word about how much the choice has improved both their basketball abilities on the court and their lifestyle in general. 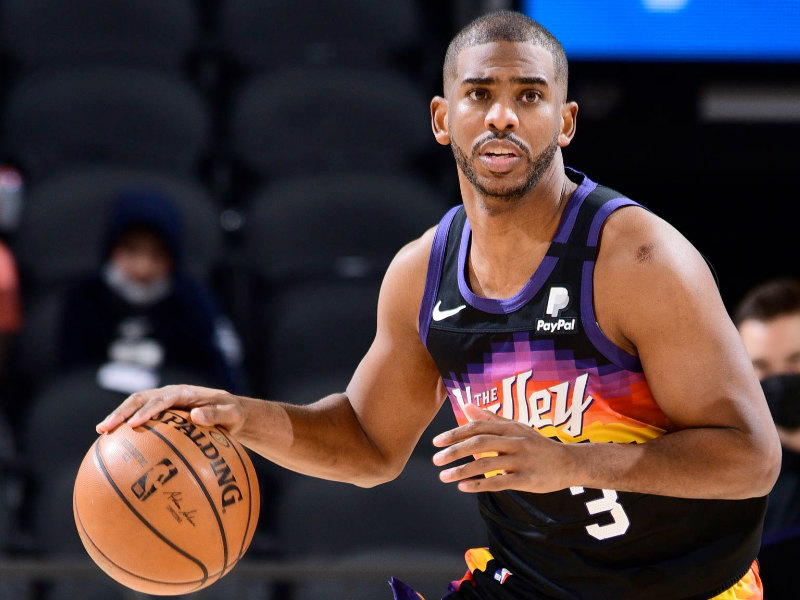 “Chris Paul” by SkySports is licensed under CC BY 3.0

Looking to bring some veteran experience to a young up-and-coming roster, the Phoenix Suns moved to acquire 11-time NBA All-Star point guard Chris Paul. At 36, CP3 as he’s known is in his 16th NBA season, but is displaying no signs of slowing down.

Paul averaged 16.4 points per game during the regular season for Phoenix, which entered the playoffs as the No. 2-seeded team in the NBA’s Western Conference. His .924 free-throw percentage led the entire league.

The 2005-06 NBA rookie of the year, after Paul posted a career-low 15.6 points per game for the Houston Rockets during the 2018-19 season, he opted to make changes. Among the things he switched up was his diet. Paul went vegan.

“I’m passionate about the benefits of a plant-based diet,” Paul told VegNews. He made the choice after serving as an executive producer for the documentary Game Changers, which talked about plant-based diets and how it helps athletes.

“For me, being as competitive as I am, I looked at this and I was like: hold up, let me try this out,” Paul told Men’s Health.

Much like Paul, Nets guard Kyrie Irving opted to make the switch to a plant-based lifestyle after watching a documentary about it. In his case, it was a film called What The Health. He turned to a vegan diet for the 2017-18 season and Irving insists that it’s led to increased energy. Again like Paul, Irving has also noticed that the general aches and pains he’d grown accustomed to dealing with through the course of a season have subsided significantly.

“Been on more of a plant-based diet, getting away from the animals and all that,” Irving told the NBA Countdown broadcast team. “I had to get away from that. So my energy is up. My body feels amazing.

“Once you become awake, you don’t see that stuff anymore.” 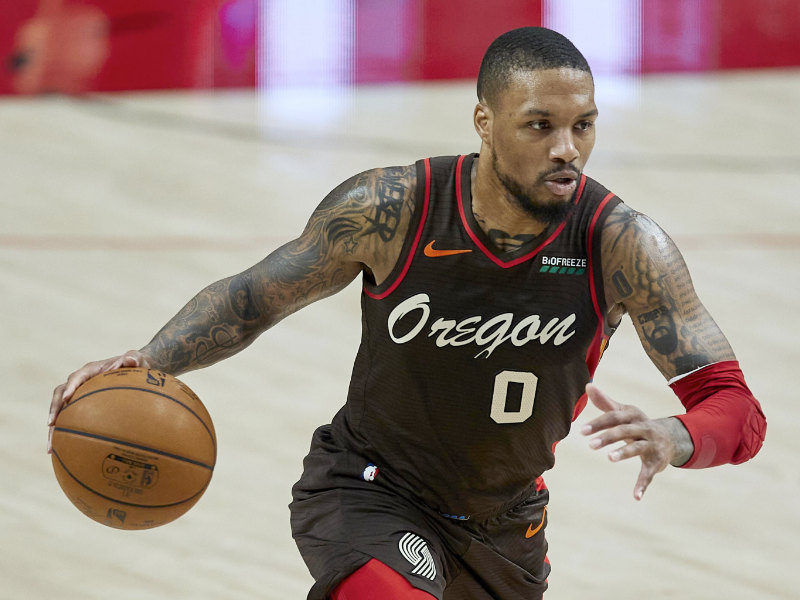 “Damian Lillard” by Craig Mitchelldyer/AP is licensed under CC BY 3.0

Portland Trail Blazers all-star guard Damian Lillard is another NBA superstar who no longer includes meat or dairy in his diet.

“I wanted to eat cleaner,” Lillard told The Oregonian. “Also I want to play lighter and be easier on my joints and feet. I’m getting older, you know what I mean? You don’t want to let that sneak up on you where you get into the habit of eating whatever you eat, because I know I’m going to burn it off when I play.

“This is just creating better habits. I feel much better. I thought it was all hype. But I can feel it. I can definitely feel it.”

Center DeAndre Jordan, Irving’s Nets teammate, also believes that swearing off meat has improved his performance on the court

“I have more energy, which was weird to me in the beginning because I was, like, ‘I know I’m gonna be tired,’ but it was the total opposite,” Jordan told Animal Equity. “Recovery is a lot better. I still have some inflammation, but not nearly as much as I did when I was eating dairy.

“I thought I was going to have to take a lot of supplements to get [enough protein], but it was the opposite. I get it from vegetables.”

How to choose the best ski equipment for skiing

6 Tips to Become Better at Golfing

Debunking the Myth of the Abnormal Vagina: The 5 Types of Vaginas

Why is paternity testing necessary?

Human Negligence Injuries And Steps To Take After Suffering One

Detox Centers in Utah: How To Find the Right One for You

This Is How to Create a Workout Routine You’ll Follow

Technology in the Customer Service: How Businesses Can Benefit From it

4 Reasons Why Asbestos Is Very Dangerous and Widespread

Facial treatment: what if I tried the lip mask?

OUR SKIN CARE IN AUTUMN

4 Awesome Reasons to Go to a Concert

Picking Up Laptops For College: A Brief Guide